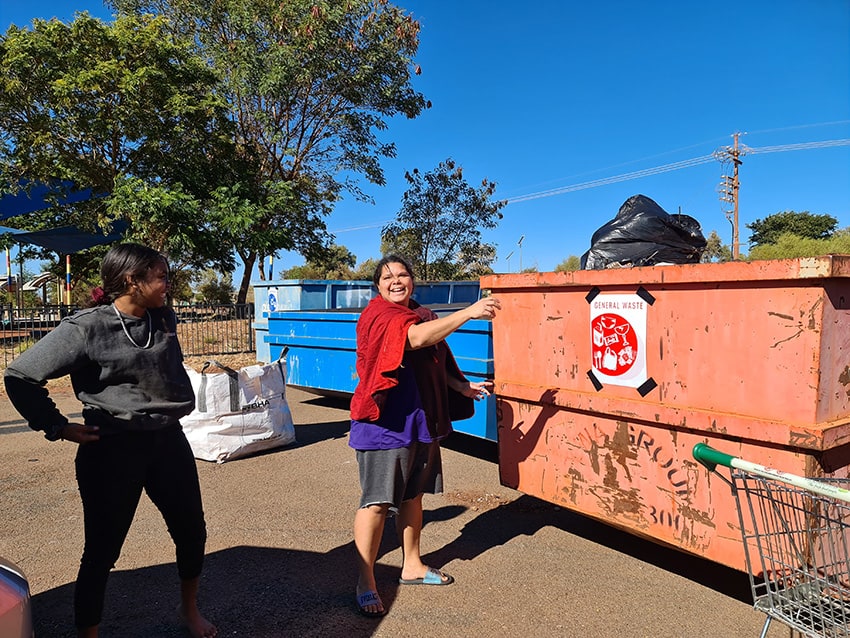 The first East Newman Street Blitz was a great success thanks to the hard work and community spirit of local residents and volunteers.

More than 60 residents and 20 volunteers came together over two days in June to clean up public spaces and supported residents to clear front and backyards of a number of houses in East Newman.

This initiative was coordinated by Newman Futures as part of the Home in East Newman Activation Program, with support from Newman Women’s Shelter, Department of Communities, WA Police, Ashburton Aboriginal Corporation, Shire of East Pilbara and the Pilbara Regiment – Australian Army.

Through consultation with stakeholders and community members, the Street Blitz aimed at working together to reduce barriers that attributes to an increase in household waste.

Approximately three cubic metres of bottles and cans were collected to be cashed in through the Containers for Change scheme.

Ashburton Aboriginal Corporation generously catered a barbecue lunch on both days to celebrate everyone’s efforts. This was a wonderful opportunity for the residents to connect with their neighbours and volunteers from local services.

As well as cleaning up the streets, other highlights from the Street Blitz included:

The event had great support from local businesses Cleanaway and Woolworths.

The Shire’s Waste Team also came along to the East Newman Activation Program’s weekly activities at Train Park to engage and educate children on waste management and recycling with fun and interactive games.

The East Newman Street Blitz is a great example of what is possible when community members and volunteers come together in support of a shared vision.

Following the success of the June Street Blitz, there has been a strong desire among stakeholders and community members to bring the community together and deliver more initiatives achieving these outcomes in East Newman.

Keep an eye out for what streets we will be blitzing next!