Martu Patrol team giving back to their community 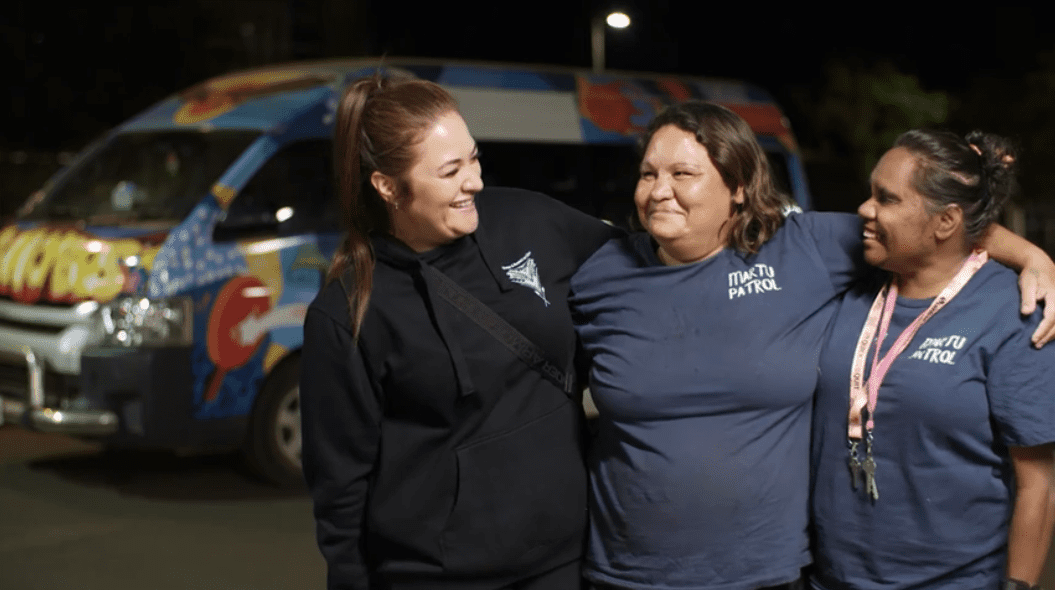 Martu Patrol team members are proud of the work they do in helping their community and young people.

The Martu Patrol invites businesses and local organisations to become involved and help support the work they do in keeping young people safe at night.

The patrol is a pilot project led by Martu and managed by the Newman Women’s Shelter, and works to keep young people safe at night, providing them with food and water, mentoring them and taking them to safe places when needed.

Martu Patrol Community Service Officer Jay Newhouse said the Martu Patrol is providing employment for Martu people and enabling them to lead and be an example to the younger generation in their community.

“The Martu Patrol has created opportunities for staff to build good relationships and trust with the youth. Not only the youth but also our stakeholders and community as well,” she said.

Olivia Wilson said she felt a real sense of pride working on the Martu Patrol.

“I wanted to give back to the community and be involved and be active,” she said.

“I feel really great working on Martu Patrol. It gives me a sense of belonging and I feel like I can give back to my community.”

Kiki Tutus who works on the Martu Patrol in addition to his full-time job said he wanted to contribute and engage and build relationships with Martu.

“When we pick the kids up off the streets, then they know that we care about them and their wellbeing,” he said.

“The relationships, they start with spending time together, talking. Anything and everything that’s going on in their lives, building the trust. It’s those little steps.”

The Martu Patrol relies on the support and donations from the community and stakeholders; the Shire of East Pilbara loans the Newman Youth Centre’s bus for the patrols, while Compass Group donated a freezer as well as food each week to distribute to youth.

If you would like to get involved with the Martu Patrol either as a business, organisation or to enquire about being part of the Martu Patrol team, please contact Newman Women’s Shelter manager Arina Aoina at Arina@newmanws.org.au or tel 9175 5100.

We acknowledge the Nyiyaparli Traditional Owners of the Country on which Newman stands and the Martu People as the Custodians of Jigalong which sits in Nyiyaparli Country. We respect and recognise their leaders, past, present and emerging, and we are grateful for the privilege of living and working on this Country.