Putting a Sizzle in the School Holidays

Every Monday to Wednesday during the September/October school holidays we came together at Train Park for a series of community BBQs. A big shoutout to all the local businesses and community groups that got on board.

We followed our noses and stomachs to Train Park for these feasts – and when we say feasts, we mean it! By the end of each evening everyone was averaging around three hotdogs – with a couple of extra sausages on the side.

Woolworths kindly donated the food for the first two BBQs, which Dean from the Pilbara Regiment used to cook up a storm for Tuesday’s BBQ while also bringing along his army truck for the kids to explore and play on. PROK jumped on board next, followed by the Pioneer Football and Sporting Club in the second week, cooking up an eye-watering storm of onions and sausages in fresh bread rolls. They also brought along a netball hoop which was popular with the kids.

The next night was CADD’s turn to put on some mouth-watering burgers. The fresh tomatoes and salad they brought along with them made for a healthy addition to a delicious burger. The backyard tennis was a big hit that night – pun intended. One spirited child insisted on running victory laps of the entire park every time they hit the ball full circle. Everyone at the park was inspired by his enthusiasm, clapping and cheering as he celebrated his wins over and over again.

Beyond the fabulous food and activities so many laughs, stories and new friends were made on these balmy BBQ evenings. There really is no better way to get to know your neighbours than over a sausage sizzle with the sun setting in the distance. It’s moments like these that really make us realise how beautiful the Australian outback and our Newman home truly is.

On the second Wednesday, we went all outdoors with a full cinema setup down at the park. The movie night was a great turnout with community members coming down to enjoy some local KJ films and the feature film, Moana. Ashburton Aboriginal Corporate was on the BBQ and screen setup, which they did with a smile and lots of laughs. WA Police were on the popcorn machine which was definitely a highlight of the night.

A great week of food, entertainment and new friends! 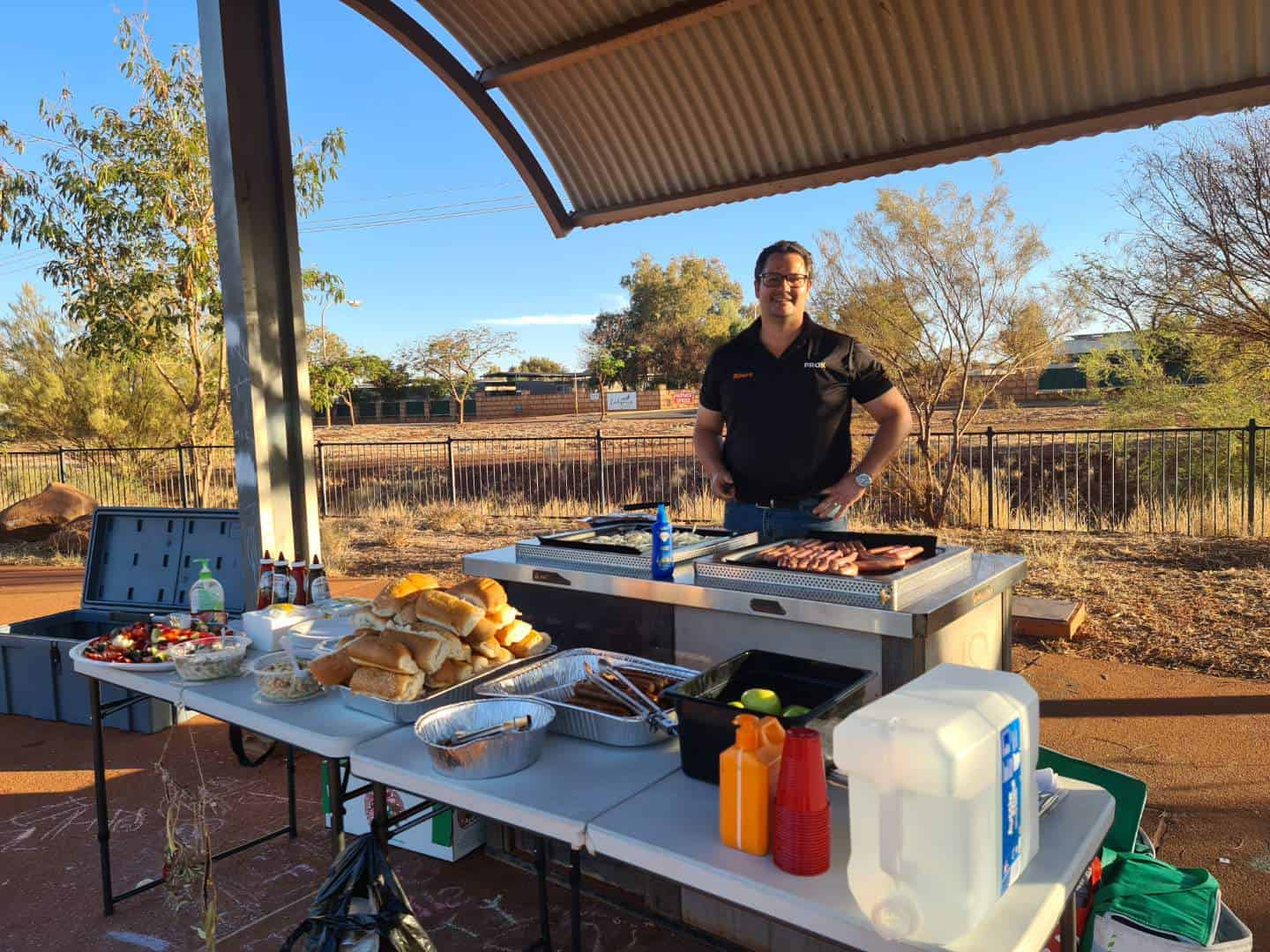