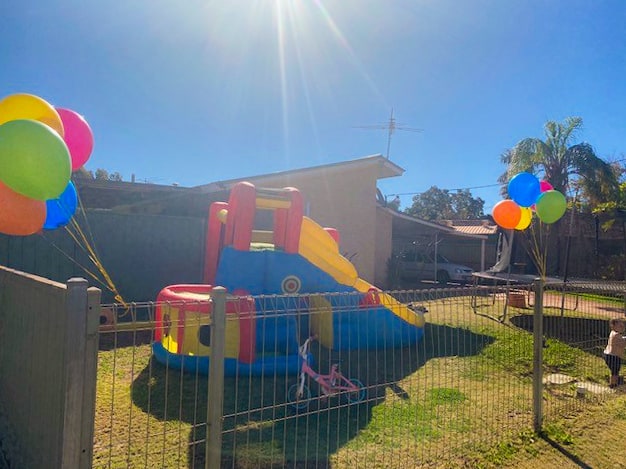 “It was so much fun, and it was great to be able to talk to others on my street and get to know all the kids names and pets names too.” Christina said. “I always see people around and do the usual polite smile or wave, but now I’ve actually got to meet and chat to them. I definitely feel so much more part of the community now”.

The Wehl Street crew hosted their party across two front lawns. Neighbour Emily, who offered up one such lawn, said it was really quite easy to do. “Everyone brought along a plate to share and between ourselves and the neighbours there was certainly enough space”.

There were around 12 adults and what seemed like hundreds of kids at the party. Kicking off at 3pm, Emily said the street party went much later than they expected as everyone was talking, getting to know one another and having such a great time they didn’t want to leave! 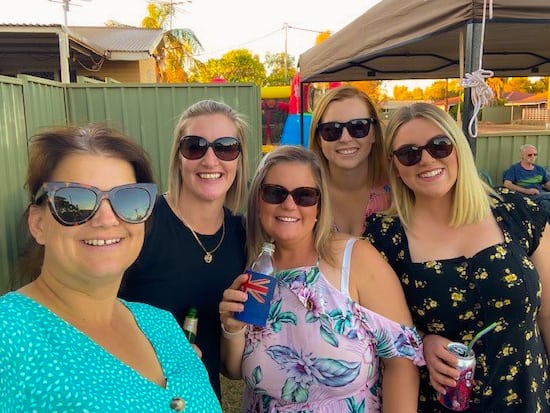 The wonderful ladies of Wehl Street!

Another Wehl street neighbour Emma, who offered her lawn and was key in organising the party had a fantastic time chatting and meeting others on her street. “It’s really important to have that sense of community. Usually it’s just the mums or kids who know one another from seeing each other around afterschool times, but this party was great as we got to meet a lot of the husbands and dads and get to know them too”.

For Christina, an old Newman local who recently moved back to town with her hubby, being involved in her community is something that is really important to her. “It was great when I moved back, I actually moved back onto a street with someone I had gone to school with. Being new moving back into town, it’s great to be invited out to things and have others looking out for you. At the party the other day, the girls were chatting about the upcoming ball and its great to have those connections and people to go with”.

And that’s what StreetNet is all about. Supporting people to build their social networks, have a bit of fun and look out for one another. For people who are new in town, it’s a great initiative to get involved in.

Emma got in quick to get the ball rolling with their party by getting her hands on a $100 Kingdom Party Hire voucher and a $50 cash reimbursement from Newman Futures and the Shire of East Pilbara. There are still some of these vouchers available so if you’re thinking of hosting a party like this or doing something similar to kick start the sense of community on your street, get in quick!

Interested to get involved, start your own StreetNet or host a street party to get to know your neighbours? Find out more here! 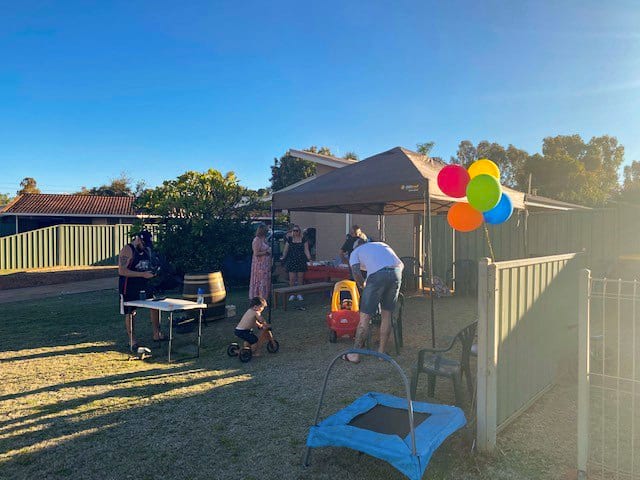 The street party set up! 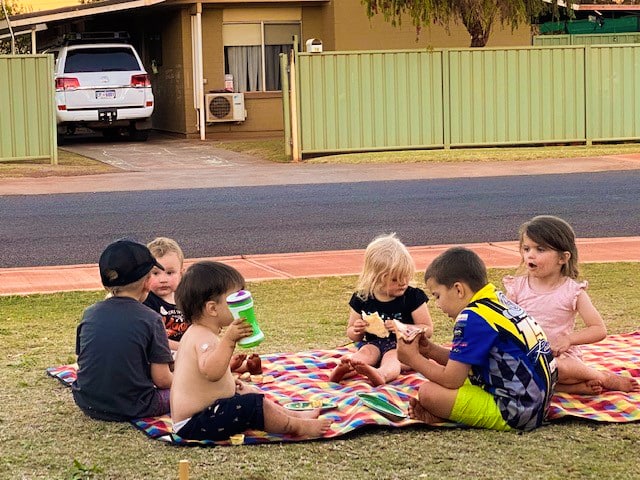